What is Zigbee Protocol

What you will learn here about Zigbee

What is Zigbee Protocol

Zigbee is most popular wireless communication protocol. Zigbee is an IEEE 802.15.4 standard. Zigbee is one of the most widely used standards for wireless communication between different IoT devices and has been adopted by many major companies, like Samsung and Philips. Zigbee is an open standard for low-power, low-cost wireless personal area networks that interconnect devices primarily for personal uses. The standard aims to provide a two-way and reliable communication protocol for applications with a short range, typically 10-100 meters. Zigbee is implemented with different application standards used in a variety of application areas, including home automation, smart energy, remote control and health care.

Zigbee invovles three components and those are 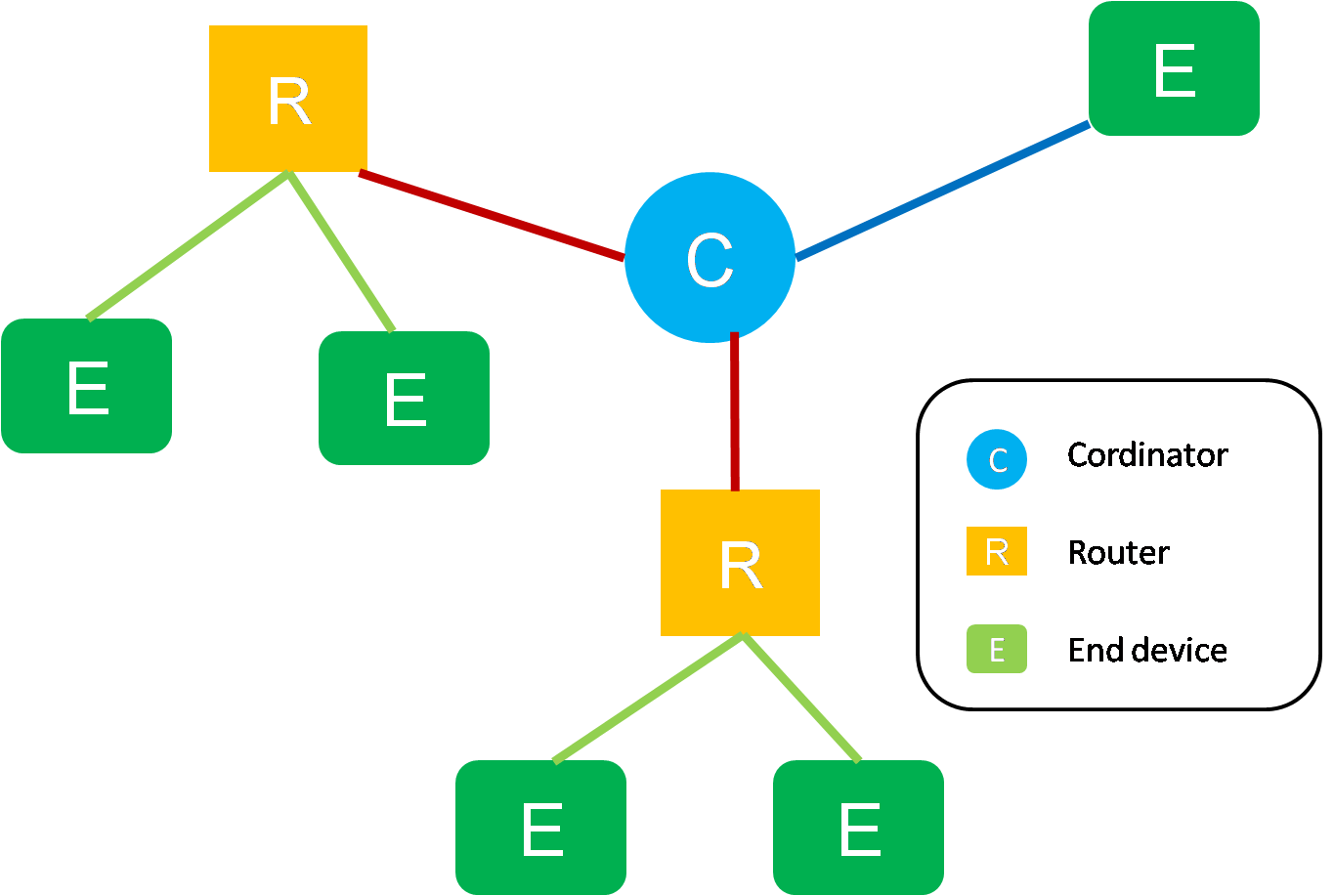 Can we connect End Device directly to Cordinator?

Yes, we can connect End Device directly to Cordinator.

How many minimum components zigbee network can have?

The zigbee network can have atleast one Cordinator and one End device.