What you will learn here about IoT

IoT stands for Internet of Things. In IoT communication involves three major components or three major blocks which is shown below and those are 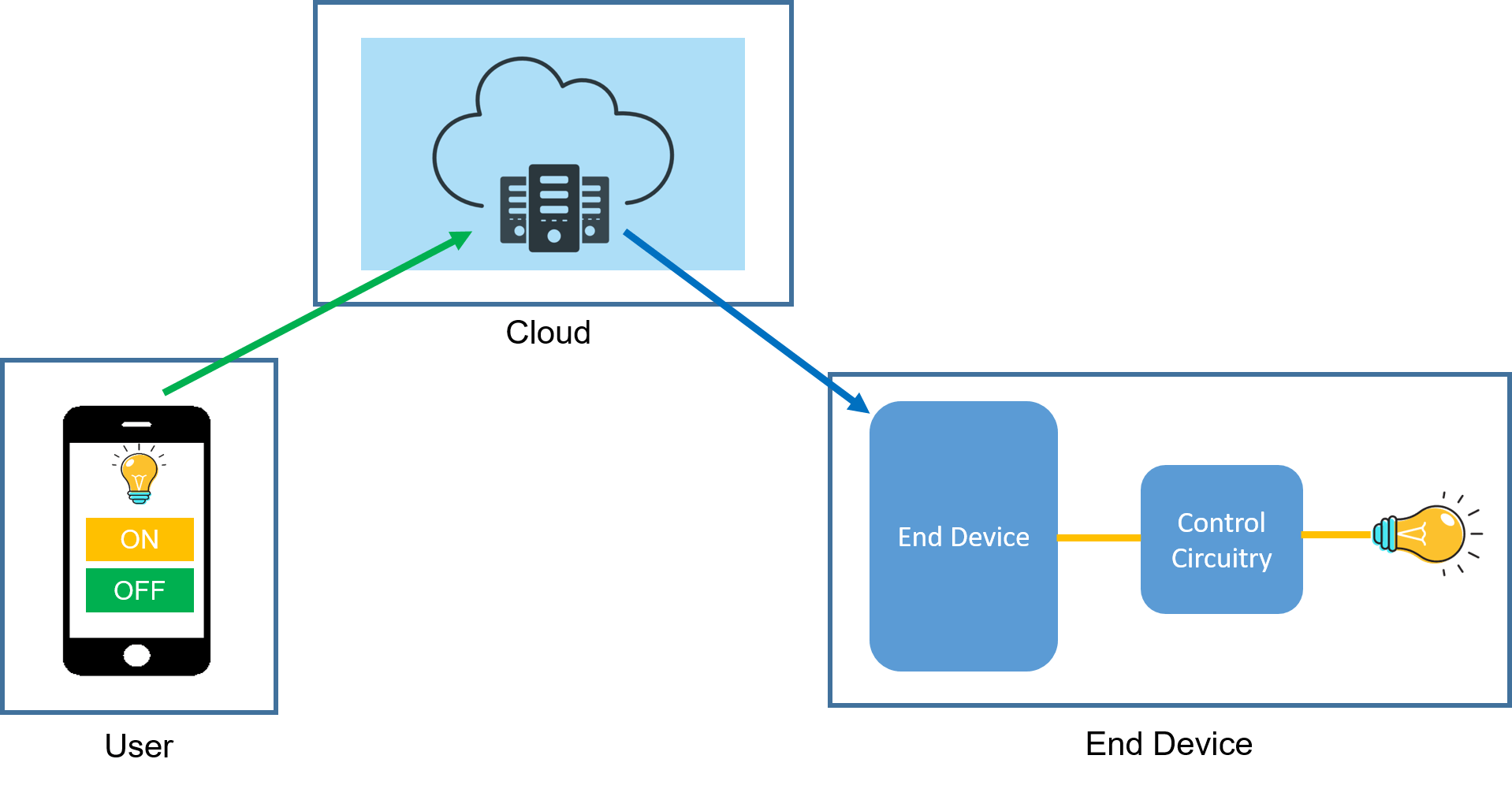 User End: The User end involves the mobile application or web application from which we can control the end device anywhere from the world. 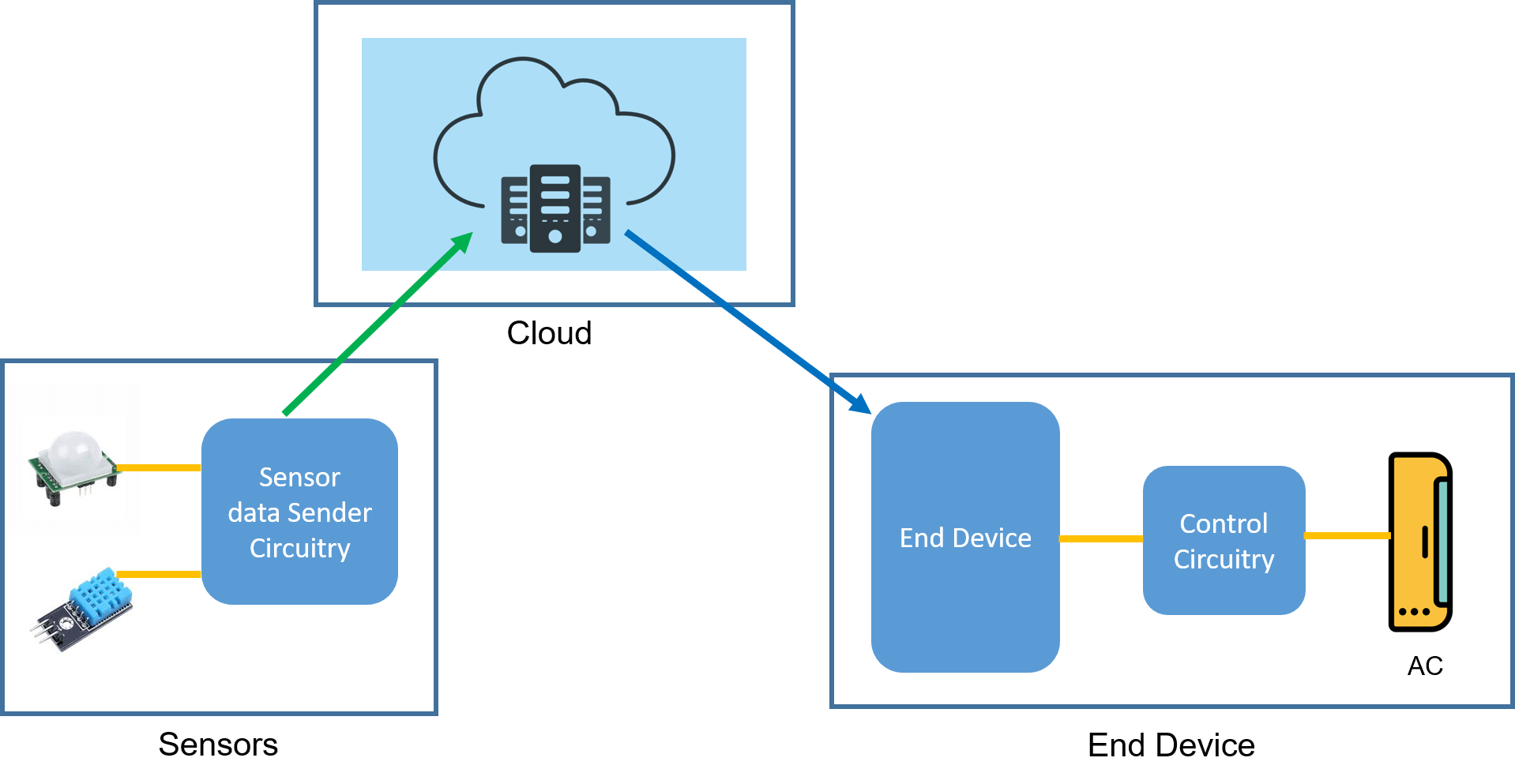 The Example of IoT is shown below. The below example you can implement using MQTT. If you want to know how to master MQTT then please visit the following link.
Master MQTT Protocol 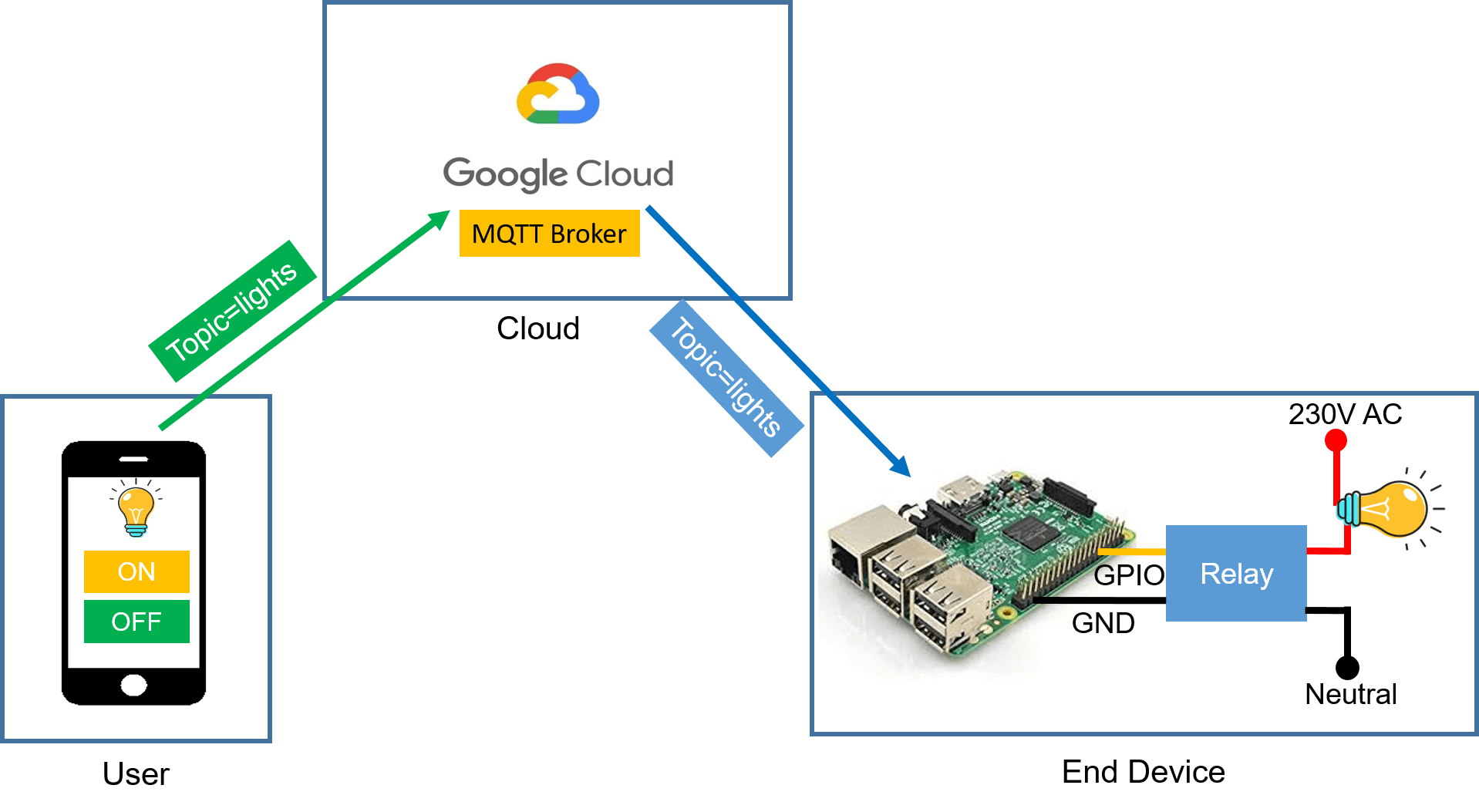