What you will learn here about interface in java

What is interface in java:

How to define interface in java

In java interface is defined using keyword called interface. General syntax is given below.

Important points about interface in java

2) The interface is created by using the keyword interface. 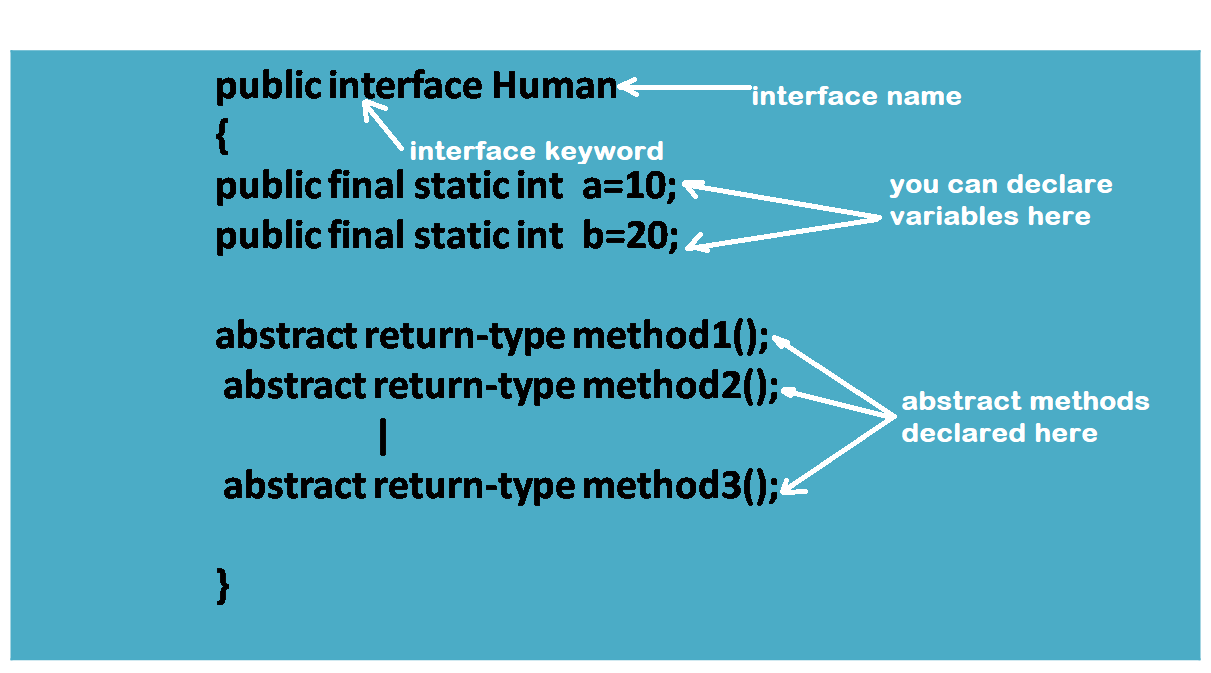 3)  We can not create the object of the interface.

5) A Class can access the properties of an interface using keyword implements which is shown below. Graphically implements is shown the dotted line where arrow points from subclass to parent interface.

6) An interface can access the properties of another interface using the keyword extends which is shown below. Graphically extends is shown the solid line where arrow points from subinterface to parent interface.

7) By default, variables declared in an interface are final and static means variables are constant which is shown below.

8)  If we don’t specify any access modifier for a method then by default it will be public and abstract which is shown below.

9) When class accessing the properties of the interface then overriding of all abstract method is mandatory in class. If you don’t override all the abstract methods then you need to declare the class as an abstract class which is called partial implementation.

11) One class can implements multiple interfaces simultaneously by separating interfaces using a comma. 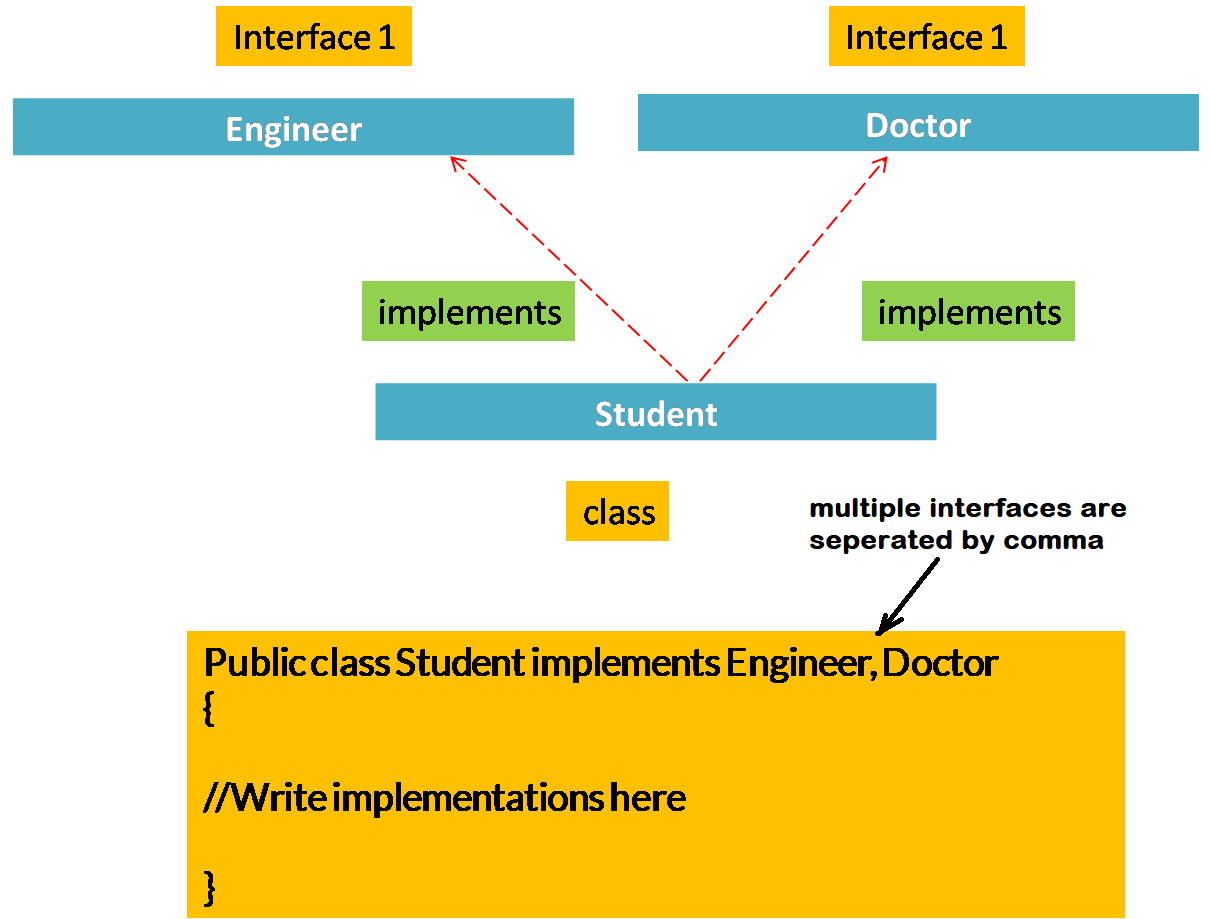 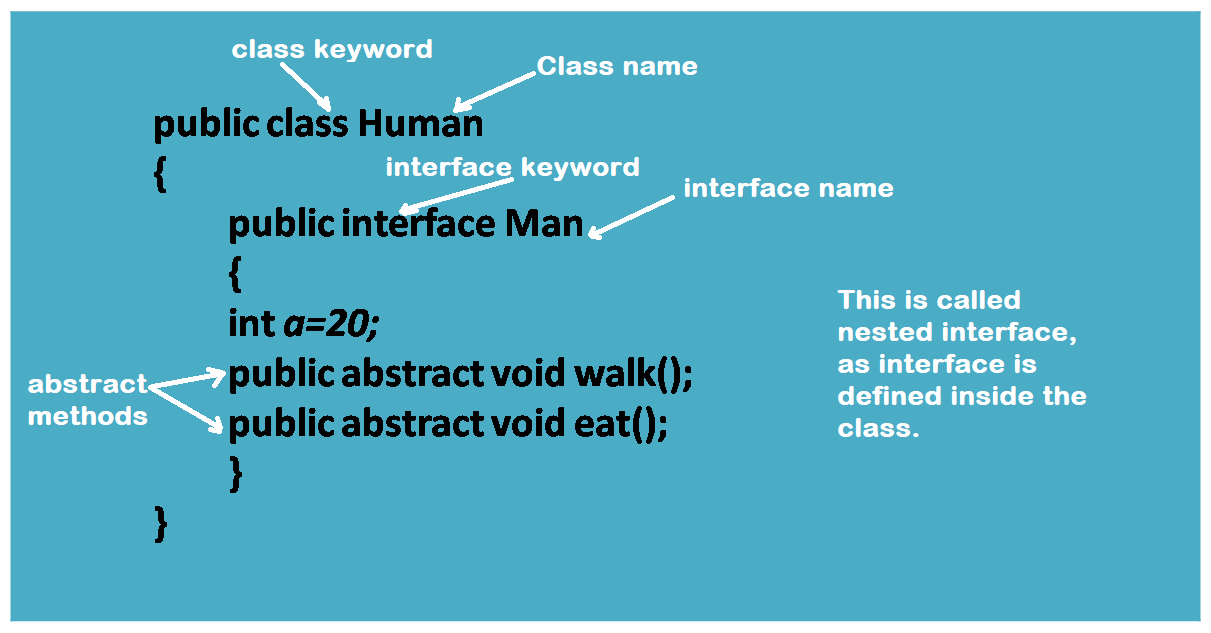 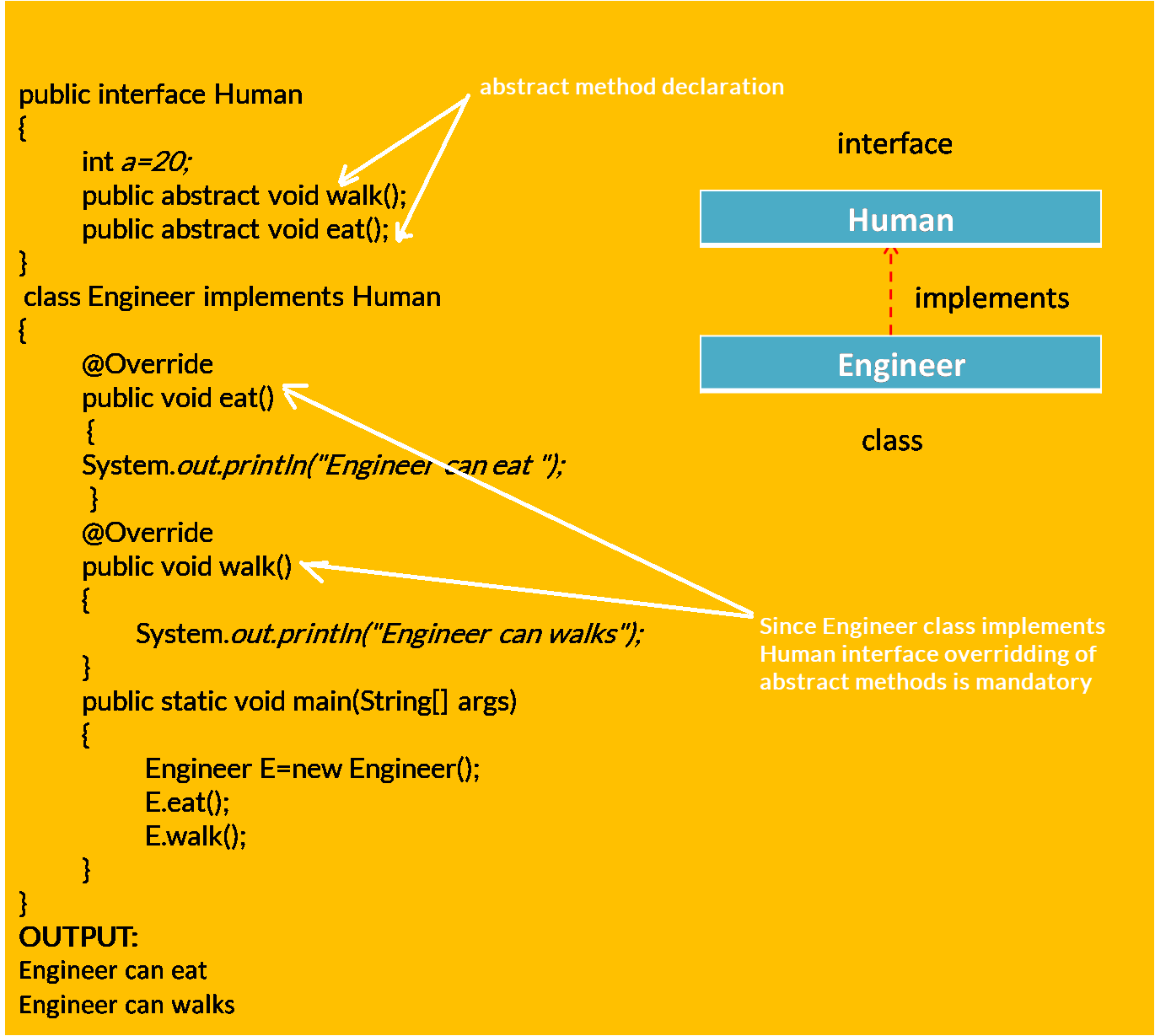 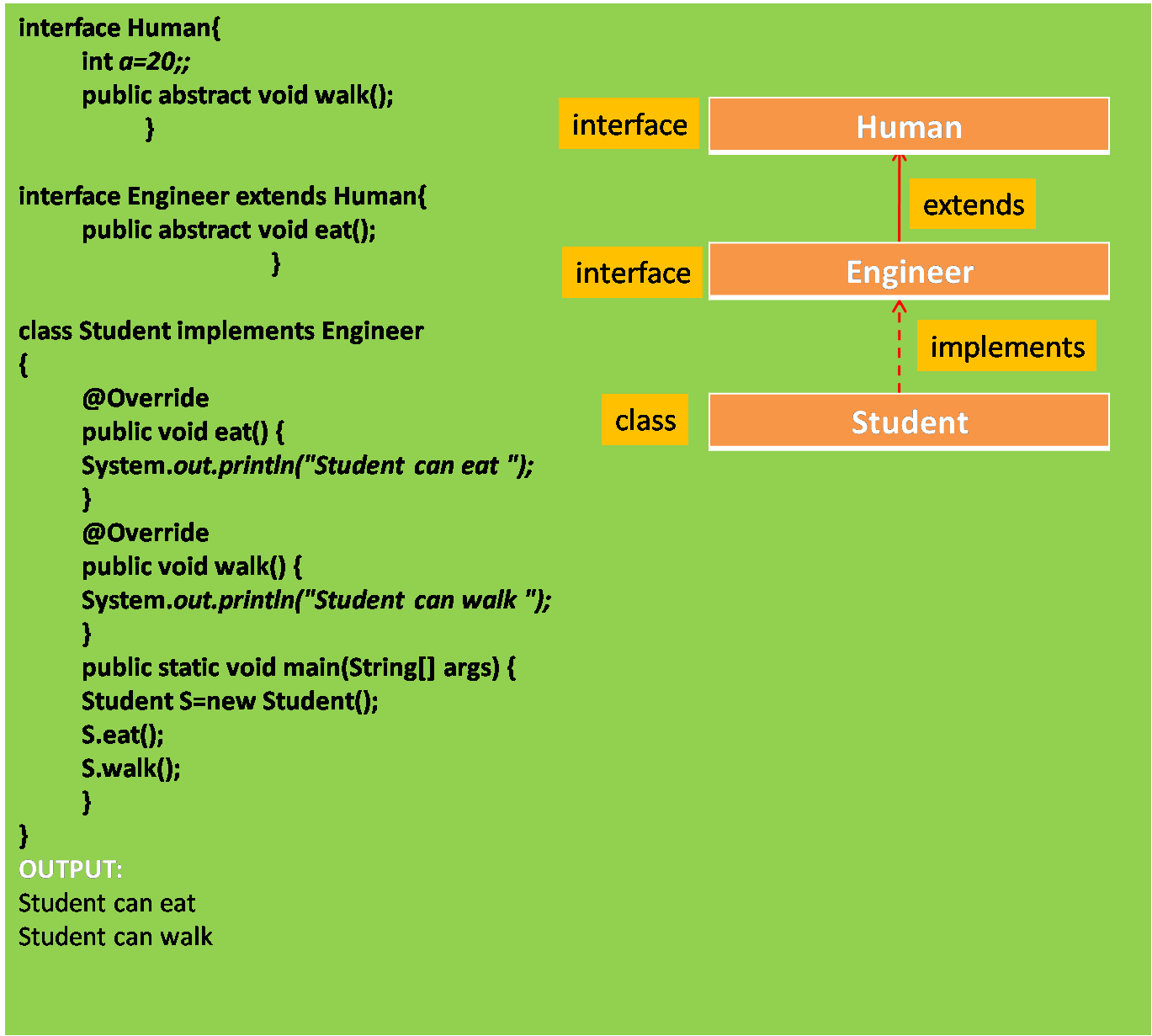 Why we use interface in java

Loose coupling:  Change in implementation which does not affect the client or user is called loose coupling. For example, we know the keyboard is the interface between you and the computer. Tomorrow if you replace your computer with another computer, still you can communicate with your new computer using the existing keyboard. Which is nothing but the loose coupling.

Abstraction: Hiding the method implementation and providing method functionality is nothing but the abstraction.

Multiple inheritance achieved as one class can implements one or more than one interfaces simultaneously.